Bicornuate uterus, what is it and what are the causes?

Home > Blog > Bicornuate uterus, what is it and what are the causes?
By the Editorial Comitee IVI Blog 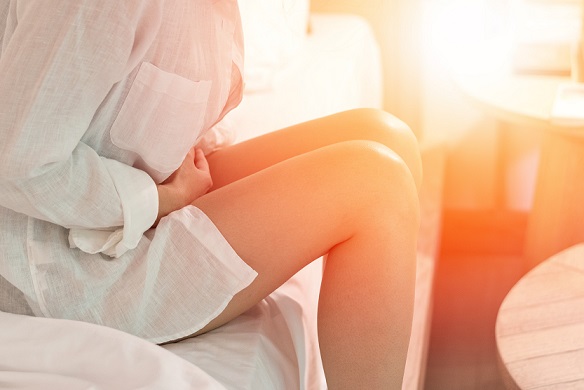 A bicornuate uterus, also known as a heart-shaped womb, is a congenital condition in which the two sides of the uterus do not join completely during foetal development. It results in a girl being born with a womb partially divided into two parts which are not completely separate and have a common cervix. This results in the heart shape. Most women with the condition will not know about it until they have a reason for a medical check-up or concerns about their fertility. A bicornuate uterus ultrasound scan is the most common form of diagnosis.

Our article looks at common concerns about a heart-shaped womb, including its causes, how it is diagnosed and the impact of a bicornuate uterus in pregnancy. We also consider other risks associated with a bicornuate uterus, and how you may be able to mitigate these.

What is a bicornuate uterus?

The heart-shaped womb is the most common of various malformations that can occur in the uterus. Defects in the size, shape or structure of the womb affect only about 3% of the female population, and so it is relatively uncommon. It does not have any impact on the functioning of the ovaries or the menstrual cycle and so would not damage a woman’s ability to conceive in the normal way. In most cases there are no symptoms, although some women do report irregular vaginal bleeding and painful periods.

However, if you have a bicornuate uterus you have certainly had it all your life, and so you may not identify anything out of the ordinary.

What are the causes of a bicornuate uterus?

This congenital condition is caused by an abnormal development of the paramesonephric ducts in which they fail to fuse together in the normal way, resulting in the development of the two projections, or ‘horns’ of the uterus. Diagnosis may not occur until you have a reason for a check-up, for example if you have irregular bleeding or painful periods, you are pregnant, or even if you have experienced repeated miscarriages. Some of the tests which could identify a bicornuate uterus include:

• An ultrasound scan, using high-frequency sound waves which can create a visual image of the shape of the womb;
• A hysterosalpingogram, a special X-ray in which dyed liquid is injected into the womb and fallopian tubes, allowing a picture of their shape to be shown on a monitor;
• An MRI scan, which uses radio waves and magnetic fields to create a detailed visual image of the uterus.

The fact that a bicornuate uterus does not have any impact on your ability to conceive is part of the reason that so many women remain unaware of it unless problems arise. However, it is after conception, during pregnancy and the birth itself that problems are much more likely. These are some of the risks most commonly associated with having a bicornuate uterus in pregnancy:

A bicornuate uterus, or any other abnormal shaping of the uterus, increases the risk of miscarriage quite late into the pregnancy. The extent of this risk is unclear. One study reports a range of between 1.8% and 37.6%, so the only conclusion we can draw is that the risk may be quite small or quite significant. The reason for the wide range is that the studies available include women with multiple miscarriages in both the first and second trimester. Researchers note, however, that the prevalence of uterine malformation, which includes bicornuate uterus, appears to be higher in women who suffer miscarriages in the second trimester. They also note that this may be related to the cervical weakness often associated with uterine malformation.

The indentation, or dip, at the top of the uterus also increases the chance of a premature birth, because the developing foetus may not have enough room to grow and this can lead to pre-term labour. It also increases the likelihood of the baby settling into a breech position, in which their bottom or feet are facing downwards before birth, instead of the head. This increases the chances of needing a caesarean section.
In any case, because of these risks, if you have a bicornuate uterus your pregnancy will be treated as high risk and will be monitored carefully, with frequent ultrasound scans to check on the baby’s position.

What treatment is available?

In spite of these risks, many women with a bicornuate uterus are able to carry their pregnancy to a successful conclusion without any problems. If you are concerned that this condition may be the cause of pregnancy complications, you should consult a high-risk obstetrician or fertility specialist so that your medical history and personal level of risk can be evaluated. In most cases, a high level of monitoring is the recommended course of action. Where treatment is appropriate, there are a couple of possibilities:

• In some cases, a cervical cerclage could be an effective procedure to prevent preterm deliveries.This is a stitch placed in the cervix to stop premature dilation. This procedure prevents possible late-term miscarriage and premature delivery.

However, there is no one-size-fits-all solution and your treatment will depend on the individual circumstances of your pregnancy and the advice of your doctor or fertility specialist.

What is a Follicle Scan?

How long is a woman’s egg viable after ovulation?