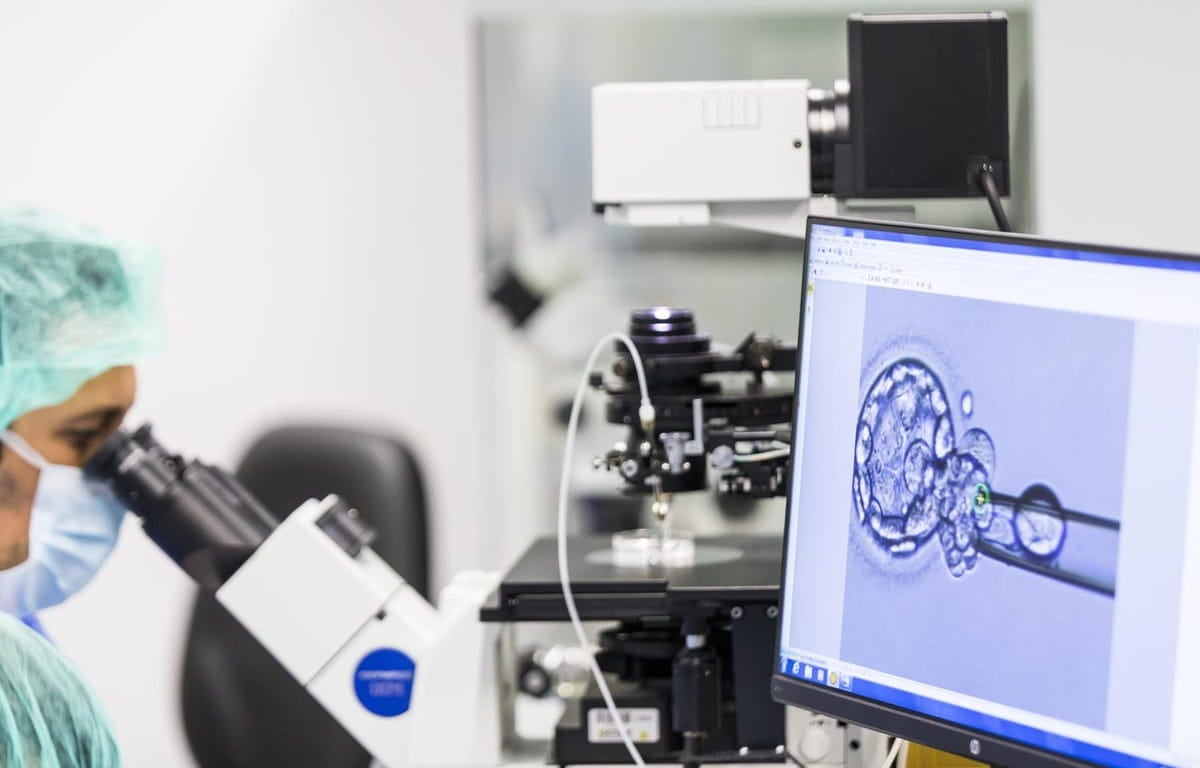 The causes of infertility may originate in the man (30%), in the woman (30%) or in both. In some cases, it may not be possible to explain the cause.

80% of female sterility cases are due mainly to these causes:

In terms of men, the main causes of male infertility are:

Questions about Causes of infertility

What type of injuries affects the fallopian tubes?

Around 25% of cases of female sterility are due to tubal factors, in other words, some abnormality of the Fallopian tubes. In normal conditions, the tubes behave like a fishing rod, picking up the ovum that has been released during ovulation, transporting the sperm towards the ovum and guiding the fertilised egg to the uterus. Partial damage to the tubes due to an adhesion, or complete damage due to tubal obstruction, will prevent this transport and as a result fertilisation will not take place. Tubal damage can occur due to:

What is endometriosis and how many women are affected by it?

There is a strong relationship between endometriosis and sterility, as it has been observed that 10% of women suffer from it and 35% of sterile women have it. Its name derives from the word endometrium, which is the tissue that lines the inside of the uterus and which is lost each month during menstruation. Endometriosis consists of the presence of this tissue in places other than its usual location, which is inside the uterus. It is most frequently found in the ovaries, Fallopian tubes, the ligaments which support the uterus, and the lining of the pelvic or abdominal cavity. This tissue is sensitive to the hormonal changes that occur during menstruation, giving rise to the symptoms that this causes. Although some patients may not have any symptoms, the most common ones are pain and infertility. Pain may only occur during menstruation, but there can also be gastrointestinal and urinary symptoms, if these implants of endometrial tissue invade other structures such as the intestine, the bladder or the rectum. Infertility related to endometriosis can arise from the changes which occur in the pelvic anatomy of these patients during their menstrual cycles. It can cause obstruction of the tubes or the formation of endometrioma ovarian cysts, which occasionally require surgery, with the attendant loss of ovarian tissue and decrease in fertility. There are medical and surgical treatments available, and in many cases becoming pregnant can check the progress of the disease.

How is endometriosis detected?

In the case of severe endometriosis with chocolate cysts, is surgery necessary prior to starting a reproductive treatment?

The gynaecologist is responsible for making this assessment taking into account the size of the cyst and the ovarian reserve or the response capacity of the affected ovary. IVF is an appropriate treatment for sterility associated with endometriosis when other techniques have failed. Pregnancy will represent an excellent temporary treatment for improving the endometriosis.

What are polycystic ovaries?

Around 20% of women have polycystic ovaries (PCO). The term refers to the increase in the number of small cysts (antral follicles) that can be observed on the ovary surface when analysed in an ultrasound scan. There are a great many women with PCO who have no problems ovulating and getting pregnant. However, some women who have this characteristic ultrasound scan pattern also have the condition known as Polycystic Ovarian Syndrome (PCOS). These women have irregular menstrual cycles or even a lack of menstruation; therefore they will have problems getting pregnant because they do not ovulate.

Why does anovulation happen?

Among the determining factors for this situation are: stress, significant weight gain or loss, excessive production of prolactin (the hormone responsible for producing breast milk) and polycystic ovaries, which are particularly important due to their complexity and frequency. Approximately 35% of women experience anovulation at some time during their lives. The origin of this hormonal disorder may be in the hypothalamus, pituitary gland, or in the ovary itself.

What analysis is carried out for studying male infertility?

To study male fertility, an analysis is carried out which tests the number, activity and shape of the spermatozoa. A suitable result for conception is a sperm count of more than 39 million in the ejaculate, with at least 32% of the spermatozoa having progressive motility and at least 4% having a normal shape. With lower quantities the chance of pregnancy falls substantially.

What are the causes of low sperm production in the testicles?

The main causes of this may be found in the glands in the brain (the pituitary gland and the hypothalamus) which produce the hormones regulating the formation of spermatozoa, in genetic disorders (Klinefelter syndrome, alteration of the genes on the Y-chromosome that regulate the formation of spermatozoa, etc.), or in a great number of testicular problems such as lack of development, anomalous development, failure to descend into the scrotum, etc.

What kind of abnormalities can occur in sperm?

What are the causes of abnormalities in sperm?