What do I need to know about sperm donation?

Home > Blog > What do I need to know about sperm donation?
By the Editorial Comitee IVI Blog 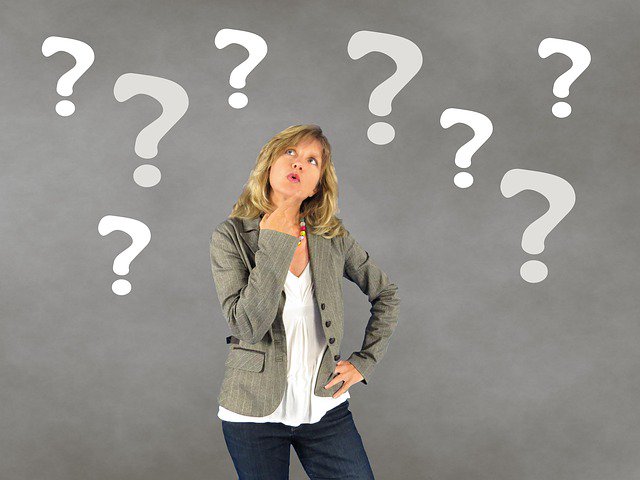 There are many reasons why people may need to use donated sperm, and in fact around half of all cases where couples are unable to get pregnant naturally are sperm-related. For many people, using a sperm donor or an egg donor or both may be the only way to see their dream of being a parent come true. In this article we look at the circumstances that may mean that having a baby with a sperm donor is the best option. For anyone thinking of assisted reproduction with the help of sperm donation, we also describe in step-by-step detail the selection process, safeguards and how the procedure works in IVI clinics. Our aim at IVI is to ensure that assisted reproduction treatments mirror natural reproduction as closely as possible; this means that compatibility between donors and recipients is key.

Who may want to make use of a sperm donor?

When couples experience fertility problems where the quality of the sperm is the issue, it is usually because the man isn’t producing enough sperm or the sperm is of poor quality. It is also quite possible that the condition is a medical side effect of treatments for conditions like cancer. Some men with serious inherited diseases may want to use donated sperm in order to avoid passing a hereditary disease on to their children.

Women in same-sex couples and single women will also need a sperm donor to start a family. As well as those who do not have a male partner, women in certain other situations may also wish to benefit from sperm donation. These include cases where their partner’s semen is pathological coupled with poor results from in vitro fertilisation, or where there is a lack of spermatozoa, or a sexually transmitted disease which cannot be eliminated from the semen. There is also the possibility of chromosomal abnormalities being detected in the semen or when there is an incompatibility in blood groups. This can occur when the man has a positive blood group and the woman has a negative one as well as being iso immunised. This is a condition in which the woman produces antibodies which attack the red blood cells of any foetus which has a positive blood group.

For people seeking assisted fertility and planning on having a baby with a sperm donor help in Spain, the situation is well regulated. In Spain, where the majority of IVI’s European clinics are situated, the sperm donor may not be a friend or family member, but an anonymous donor, who will be matched to the recipient by the fertility clinic. Since anonymous donors are guaranteed to remain so, with no responsibility for any resulting children, there is a good level of willingness to donate sperm. There are, therefore, short waiting times for this type of assisted reproduction technique. In addition, since IVI operates the largest gamete bank in Spain, waiting times for treatments requiring donors are generally very short. To become a sperm donor at IVI clinics in Spain, donors undergo a series of genetic tests and their medical history is examined along with that of their family, in order to prevent any risk of genetic diseases being passed on to their descendants.

The selection of semen donors is controlled by law and includes men over the age of 18 who have a good state of physical and mental health, who test negative for infectious diseases and who have a normal karyotype. The selection procedure also includes genetic tests.

In accordance with Spanish law, it is the medical specialist who determines the phenotype match (concerning observable physical characteristics such as build, skin and hair colour) between the recipient and donor. The prospective parent cannot at any point choose the physical features or gender of their future baby, as this is prohibited. Spanish law sets out clear criteria that specialists must follow when selecting gametes for a recipient. It stipulates that there should be the greatest phenotypic and immunological (blood group and Rh) similarity possible between the donor and the recipient.

All IVI donors undergo the most advanced genetic testing, such as TCG547, to detect genetic diseases that could otherwise be passed on to the child. Using the information gathered from these tests, in conjunction with tests on the donor recipient who is using her own gametes, we are able to rule out the possibility of passing on up to 600 genetic diseases. In the case of embryo adoption, the selection is made following the same protocol.

How does the sperm donation process work for assisted reproduction techniques at IVI?

After the medical genetic testing and clearance, semen samples are stored in a frozen state and kept in quarantine for a period of 6 months to control the risk of any diseases being passed on. After this time the tests are repeated in order to ensure that the donor was not in the early stages of an infection at the time of donation.

Finally, in the IVI clinic, once further checks have confirmed that there are no infections present and that the semen has tolerated the freezing process sufficiently and maintained its quality, the samples are made available for use in fertility treatments. This can be for either intrauterine insemination, an IVF cycle or ovodonation. For a more complete picture of the process, why not have a look at our semen donation video that takes you through how it all works? And remember, if you are in doubt about any of the details, you can always check our website which will bring you up to date with not only the full details of our sperm donor programme and procedures but also all of our latest news and developments.

Which IVI techniques and processes make use of donated sperm?

Intrauterine insemination using donor sperm is one of the most straightforward assisted fertility treatments. In this procedure a semen sample which has been prepared in advance in the laboratory is placed directly inside the woman’s uterus in order to increase the potential of the spermatozoa and improve the chances of the egg being fertilised. You can see how it works in our video which explains this relatively simple process.

In Vitro Fertilisation (IVF) is the most well-known and well-established type of fertility treatment. In this technique, the ovum is united with the spermatozoon in the laboratory – in vitro – in order to obtain fertilised embryos for transfer to the female patient’s uterus. The fertilisation of the ova can be carried out by means of the conventional IVF technique in which the ovum is surrounded by sperm to facilitate fertilisation, or by the more direct method known as Intracytoplasmic Sperm Injection (ICSI). IVF using donor sperm is often recommended for single women and same-sex couples. It may also be recommended for couples whose previous IVF cycles using the male partner’s own semen have unfortunately failed. IVF using donor sperm may also be appropriate in case of poor embryo quality or repeated implantation failure, where the main cause is suspected to be a male factor.

Ovodonation, the use of donor eggs in an assisted reproduction treatment, can be used in conjunction with sperm donation in cases where there are insurmountable fertility problems for a single person or couple. In this case, embryos are prepared using the normal IVF procedures and the female recipients are given medication to prepare the uterus for the implantation of the transferred embryos.

In much the same way as sperm donation, egg donation in Spain is anonymous and done primarily for altruistic reasons. Women donating eggs must undergo a full medical and psychological assessment of their fertility and state of health. A chromosomal study is carried out to rule out the possibility of any future defects. Tests will be run to confirm that donors are free from any transmissible diseases such as HIV, hepatitis and syphilis, and their blood group and Rh factor will also be checked.

Perhaps you think that your dream of becoming a parent could come true using a sperm donation procedure? When you feel ready, why not contact us at the IVI call centre, and make your first appointment with IVI?