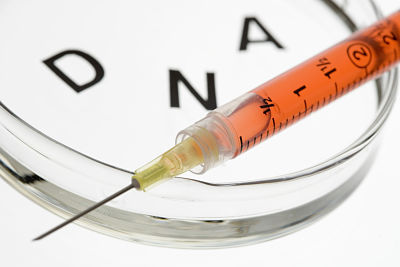 Tomorrow is World Rare Disease Day, and we want to dedicate this post to all those people who struggle every day to live as best they can with their afflictions.

Often genes play tricks. Every year we see dozens of parents and families surprised when their babies are born with a genetic disease.

Recently, significant advances have been made in developing genetic tests. So today you know the probability an unborn child has of developing a hereditary disease, even before pregnancy. Data from the World Health Organisation (WHO) show that the overall prevalence of these diseases is about 1% (10 out of every 1,000 newborns).

Today, it is normal for children to be born healthy. It may seem at first glance that no-one in the family has inherited a genetic disease, but it may not be very safe to leave your genetics to chance. It is advisable therefore to undergo this type of test to dispel any doubts. Providing security when planning for pregnancy and preventing hereditary diseases will ensure that your pregnancy finishes with the birth of a baby free of such diseases.

Currently, about 7,000 diseases caused by the alteration of specific genes are known, and 1 in every 100 babies suffers from one.

Every cell in our body contains genetic information. This DNA is organised into basic units called genes. Each gene has two copies, one inherited from the mother and one from the father. To be a carrier of a genetic mutation means that the person has an altered copy of a particular gene. The genes that do not operate properly are responsible for producing genetic disorders. Changes in genes are called mutations, and we all have some in our DNA, but for most of us this goes completely undetected. For so-called recessive diseases, both carriers may be healthy, but if both partners have a mutation in the same gene the probability of having a sick child is 25%.

Among the latest generation of genetic testing, the genetic compatibility test CGT 549 shows the possible genetic risks that arise when the egg and sperm of the partners come together; thus minimising the transmission of hereditary diseases to their children. This test is advisable when raising a family, as their results tell future parents whether they are carriers of one or more genetic mutations.

Genetic diseases cannot be cured, but they can be prevented. The CGT 549 test analyses the parents’ genes for more than 600 genetic mutations, including common diseases such as cystic fibrosis (1 in 25 cases) or spinal muscular atrophy (1 in 50 cases).

Why it this test recommended before pregnancy?

Taking a CGT 549 test significantly reduces the risk of having children with genetic diseases from 1 in 100 to several orders of magnitude less. The analysis is performed on a DNA sample obtained from the blood of the father and mother. If the test detects a mutation, a personalised family planning programme is proposed for parents to have healthy children, as indicated below.

So what happens if a mutation in the same gene is detected?

If the test detects a mutation in the same gene in both parents, there are two options for conceiving a healthy baby:
• In vitro fertilisation with pre-implantation genetic diagnosis: This determines whether the embryos have inherited the mutations, and implants those embryos free of the disease into the mother’s womb.
• Donation of gametes: An assisted reproduction treatment can be performed, using either a donor sperm or egg compatible with the genetics of one of the partners.

When the couple or future mother without a male partner need one or both gametes donated, either male or female, IVI conducts this genetic analysis for all donors, without exception. As a result, the risk for major hereditary genetic disease is eliminated; optimising the options for having healthy children.

How soon can you have IVF after having a baby?

Does paternal age condition the health of the mother and foetus in pregnancy?