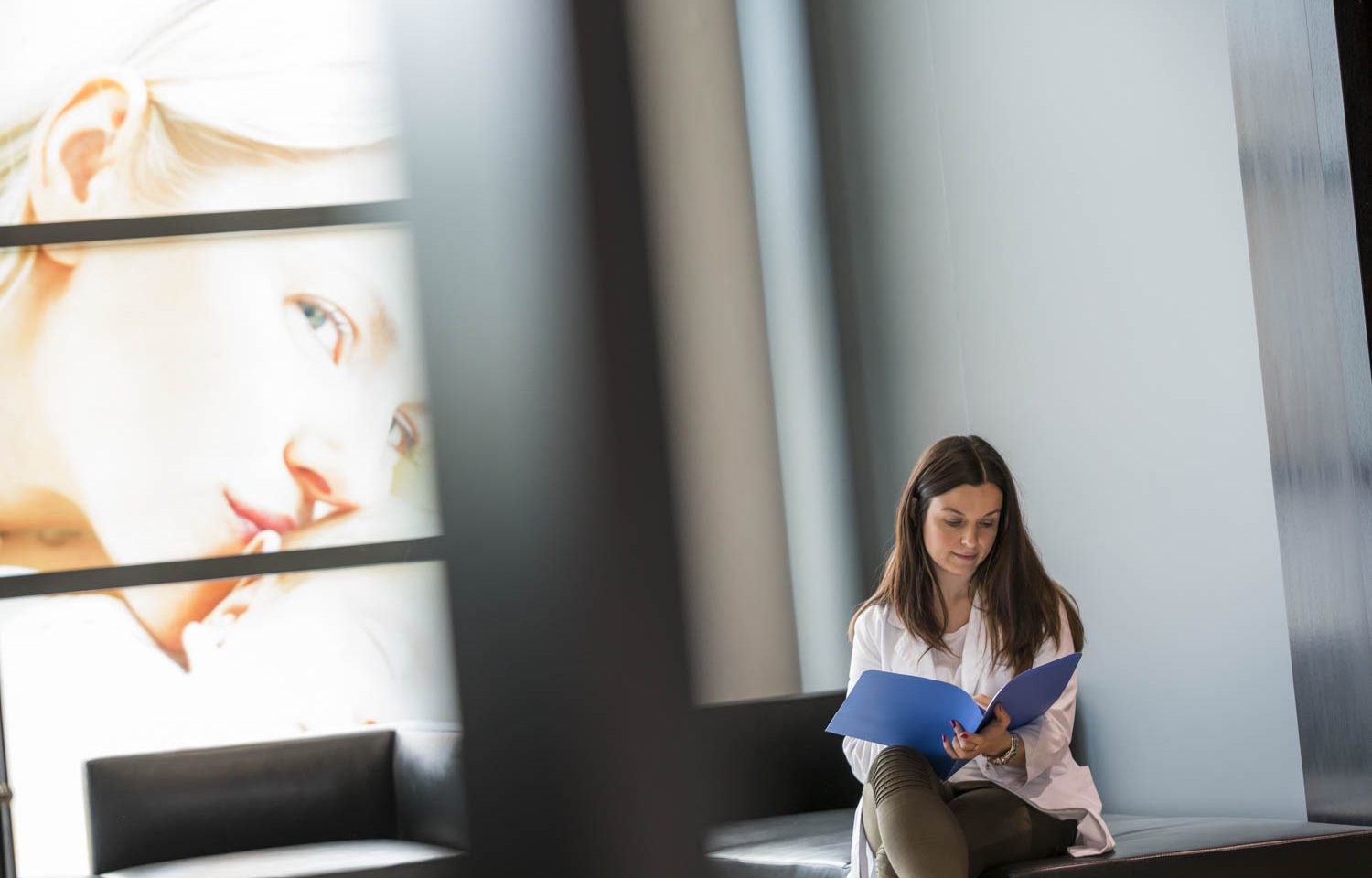 Home > FAQs > What is infertility?

After a year of regular sexual relations without achieving pregnancy, you might begin to suspect that there is some kind of problem. For older women, we recommend that you go for a consultation when six months of sexual relations have failed to result in a pregnancy.

The human species does not have a high reproductive potential. There is around a 25% chance of becoming pregnant during sex when the woman is ovulating. Approximately 1 in 6 couples of fertile age will be affected by sterility. These statistics apply to women below the age of 35. Beyond that age reproductive potential decreases, and after the age of 40 the chances of becoming pregnant are less than 10% each month.

Tests for finding out whether one or both members of a couple are infertile.

The tests for diagnosing infertility include a complete medical history and physical examination of both members of the couple. In the case of the woman, the basic tests are a basal hormone study, an ultrasound scan and a hysterosalpingography, although the range of tests can be extended depending on the patient. To complete the diagnosis it will also be necessary to assess semen quality in the man via a seminogram test.

Questions about What is infertility?

What is the difference between sterility and infertility?

Sterility is the inability of an individual or a couple to conceive, whereas infertility means that a couple, having managed to get pregnant, is unable to carry the pregnancy to term and produce a healthy baby.

Is a decrease in fertility currently being observed?

The rate of male fertility has dropped due to lower sperm counts and lessened sperm motility. There are also many cases of women who wish to become mothers at a more advanced age and who attempt to become pregnant spontaneously when their fertility has decreased. Cases of men who have had a vasectomy but then wish to restore their fertility because they have a new partner are also common.

Does infertility have anything to do with the sharp decline in the birth rate in certain countries?

Only in the sense that nowadays factors such as alcohol and tobacco may have a negative impact on the production of spermatozoa in developed countries. Atmospheric pollution is also a significant factor, as are additives and substances contained in foodstuffs, such as hormones used to fatten livestock. In agricultural communities, above all in places where there are greenhouses, the use of pesticides with certain hormonal properties can affect male infertility. Other aspects relating to changes in lifestyle, such as women working, women being older when they have their first pregnancy, etc., also contribute to a decrease in birth rates.

How can you know which days you are ovulating?

Ovulation, or a woman’s fertile period, occurs around halfway through each cycle, on roughly the fourteenth day in a supposed 28-day cycle. It has been proven that 24 hours after ovulation there is a rise in base body temperature of between 0.4 and 0.6 degrees. This is the signal on which the control method is based, marking the days on which ovulation occurs.

How often should a couple have sex in order to achieve pregnancy?

Once the ovum (egg) has left the ovary it survives approximately 48 hours and it is only during this time that it can be fertilised by spermatozoa, which maintain their capacity for fertilisation for a maximum of 72 hours. In any case, it is better not to be obsessed with monitoring ovulation, because anxiety about pregnancy is counterproductive to getting pregnant and it can even damage a couple’s relationship. Nevertheless, the probability of a spontaneous pregnancy after one year of trying decreases greatly, even with careful scheduling of sexual relations.

What is an assisted reproduction clinic?

It is a medical centre that specialises in diagnostic methods and reproductive techniques, with highly trained specialist personnel and the most up-to-date technology.

Up to what age can men and women have children?

There is no legal limit that prevents a couple from trying to have a baby. It depends a lot on the circumstances of each couple, on their health and physical condition and also on other factors. For women, the age of 50 is a reasonable limit beyond which fertility treatment is not recommended.

Can the mother or father’s infertility be passed on to the baby?

Babies born as a result of assisted reproduction are just like other children and do not have any additional health problems.

We talk about causes of primary infertility when a couple falls pregnant spontaneously on two or more occasions, but it is impossible for them to carry the pregnancy to full term.