5 things you should know about… IVF 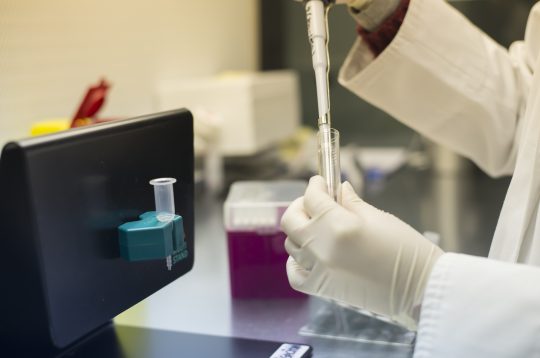 In Vitro-Fertilisation (IVF) has come a long way since the first ‘test tube’ baby was born more than 30 years ago. However, the procedure is still often shrouded in various myths and inaccurate information.

With popular celebrities such as Kim Kardashian and Julia Bradbury speaking out about their own recent struggles with conception, this ever-advancing procedure is garnering more and more attention in the media; yet with so many contradictory reports on the subjects of IVF and egg-freezing, and their success rates, regularly being published, there is still much confusion surrounding fertility treatments in general.

Here, Dr Xavier Santamaria, a leading Gynaecologist at IVI Fertility, provides the key facts, he believes, every couple should know before considering IVF and egg-freezing:

1. You can have IVF using donated eggs and/or sperm

Dr Santamaria says: “For some, the hope of having children is diminished by unforeseeable circumstances, such as developing cancer or finding out that you or your partner have low ovarian reserve or low sperm count. For others, conceiving naturally might never have been an option, or they may have left it too late.

In certain situations, fertility clinics offer donor conception, which uses sperm, eggs or embryos donated by someone else for your fertility treatment. The use of donor eggs and sperm is becoming more common, and thousands of babies are born each year using this approach.”

2. Frozen embryos are just as successful as fresh embryos for IVF

Dr Santamaria says: “It is commonly believed that freezing may to weaken the eggs or falter their performance. This is a myth.

At IVI we recently conducted a study which confirmed that implanting frozen eggs during IVF is just as successful as implanting fresh eggs when it comes to assisting the pregnancy cycle. We hope that this will reassure women who are considering freezing their eggs, or have already done so, that frozen eggs are just as valuable and fresh ones.

What is important however, is the age at which your eggs are frozen, as this will have an impact on their viability. Generally speaking, we would recommend that women freeze their eggs by the time they reach the age of 35 – in order to ensure a good chance of success.”

3. You are more likely to fall pregnant with a multiple pregnancy through IVF than natural pregnancy

Dr Santamaria says: “It’s true. Only 3% per cent of spontaneous pregnancies result in the birth of twins, compared to pregnancies assisted by reproduction treatments, such as IVF or egg donation, where it can be up to 33% per cent. This is because fertility clinics will often use a process called double embryo transfer when carrying out IVF, as traditionally, it was deemed to increase the chances of pregnancy.

Though a multiple pregnancy can seem like a desirable outcome for many people, it poses many risks for both the mother and new-born babies during and after pregnancy. For this reason, the Human Fertilisation & Embryology Authority have advised fertility clinics to decrease the rate of twin pregnancies by focusing on single embryo transfer, rather than double. A recent study has revealed that if carried out correctly, single embryo transfer may be just as successful as double.”

4. Excess weight can negatively impact the success rate of IVF

Dr Santamaria says: “It is common knowledge that being overweight can affect a woman’s chances of conceiving and giving birth to a healthy baby. This is because too much body weight can cause hormonal imbalances and problems with ovulation, such as poly-cystic ovary syndrome (PCOS).

Another recent study conducted by IVI has revealed that obese women not only have a lower chance of conceiving, but also have a lower IVF success rate compared to women of a more normal weight and higher risk of miscarriage, as they are likely to develop an abnormal embryo metabolism.”

Dr Santamaria says: “When discussing fertility treatments with a patient, many express their concerns about IVF success rates, which is measured by the percentage of all IVF procedures which result in pregnancy. What many don’t realise is that over the last few years there has been a significant increase in the advancement in IVF technology, and subsequently the chances of falling pregnant have greatly improved.

Despite the fact that IVF success rates are on the incline, it is still important for women and couples who are seeking IVF treatment to take age into consideration. This is because the success of an IVF cycle is very much determined by the age of the embryo and sperm that is being implanted, for example the younger the embryo or oocyte, the greater the chance of conception. For example, last year at IVI the IVF success rate for women aged between 30 and 34 was 63.9 per cent, whereas the success rate for women aged 33 – 39 was 54.4%.”