A collaboration between IVI and La Fe Hospital has resulted in the birth of three babies, thanks to ovarian rejuvenation 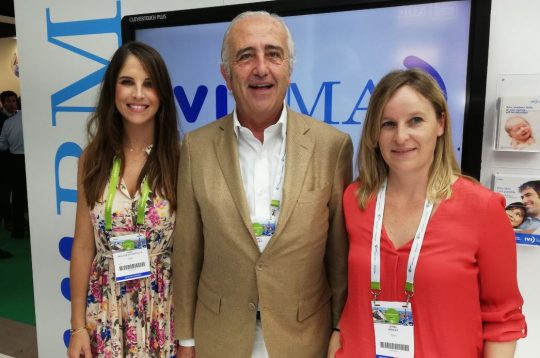 A study conceived as a result of the close collaboration between IVI and La Fe Hospital in Valencia is once again revolutionising Assisted Reproduction.  And providing hope to all those women, who are low responders, that suffer early ovarian failure and that fail to conceive due to ovarian problems. IVI is the world leading pioneer of ovarian rejuvenation via the transplantation of stem cells from bone marrow: Bone Marrow-Derived Stem Cells (BMDSC) of the ovarian artery, has reported that three babies have been born using this technique

This study, led by the co-president of IVI, Prof. Antonio Pellicer together with Doctors Sonia Herraiz, IVI and Monica Romeu at La Fe hospital in Valencia with the collaboration of Dr. Nuria Pellicer, resident doctor of this hospital, is moving on to its third phase with encouraging results. After the first phase in an animal trial, where human tissue was implanted into mice to verify the effectiveness of stem cell treatment, the study progressed to a second phase with twenty low-responder patients. In which the stem cells were mobilised, were extracted in peripheral blood and re-implanted in the ovary to reverse the aging process and activate dormant follicles.

All these advances will be presented at the 34th edition of the ESHRE congress, by Dr. Pellicer, who explains: “In the second phase we saw that the technique helped to improve the ovarian response, thereby increasing the production of oocytes.  However, as these were low responding patients of advanced maternal age, a high percentage of the embryos were aneuploidy and consequently suffered from chromosomal alterations. In addition, there was a lot of variability among the low responding patients and, sometimes, the variability could distort results. Furthermore, we discovered that menopausal or pre-menopausal patients with early ovarian failure, could respond better to the treatment and we therefore decided to design a new phase of the study. “

The second phase of the study by IVI and La Fe, thanks to which has produced the birth of three babies, has already been accepted by the magazine Fertility & Sterility and will be published soon. For the third phase, women under 38 years of age, exclusively with early ovarian failure, are being recruited. This last phase comprises of two pathways.

On the one hand, the cells will be mobilised, extracted, and reintroduced directly into the ovary. On the other hand, a less invasive option will be tried, also mobilising the cells and letting them circulate through the affected area to reverse the aging process and enable the activation of dormant follicles.

As pointed out by Professor Antonio Pellicer, director of the study: “With this last approach we hoped to verify if, that by the mere fact of increasing the number of stem cells and making them circulate through the blood system, they were able to reach the ovary and act on it.  Our idea, when we are clear about how the cells respond, is to develop a technique as least invasive as possible and standardize it so that it can be applied in any clinic”.