A pioneering study on vitrification by IVI, among the 25 best in the history of ASRM 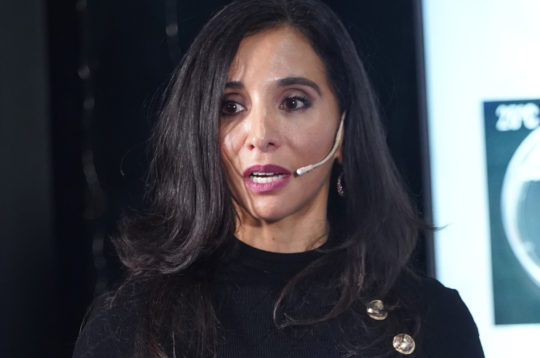 Success in egg vitrification is a milestone that has marked the history of reproductive medicine. After almost three decades of unsuccessful results, the important refinement of the vitrification technique offers women the option of preserving their eggs with high efficiency after devitrifying them for use in reproductive treatments.

In this sense, the study entitled “Comparison of concomitant outcome achieved with fresh and cryopreserved donor oocytes vitrified by the Cryotop method”, led by Dr. Ana Cobo, Director of the Cryobiology Unit of IVI Valencia, promoted the widespread use of oocyte vitrification in daily clinical practice just over 10 years ago, becoming pioneering research worldwide in terms of the clinical application of the method. Thus, the scientific, medical and social relevance of this study makes it one of the 25 most important works in the history of the American Society for Reproductive Medicine (ASRM), one of the most important societies worldwide.

“We took oocytes from the same donor, vitrified half of them and thawed them after an hour, while the other half of the oocytes remained in the incubator. Once the oocytes were devitrified, we fertilized them along with the fresh ones, with the same semen and at the same time. This allowed us to assess the development of embryos generated from vitrified and fresh oocytes under the same conditions, comparing fertilization rates, early division and development to blastocyst. And we were pleasantly surprised to see that the results obtained were similar as regards these 3 parameters, which prompted us to start vitrifying donor eggs, as we knew they would survive and that the resulting embryos had the same potential to implant and lead to evolutionary pregnancies as embryos from fresh oocytes”, explained Dr. Cobo, considered by many colleagues as the “mother of vitrification.”

This study marked a turning point in the field of assisted production, which even came to be called the second revolution for women, after the contraceptive pill. A scientific breakthrough that allowed us to demonstrate the possibility of achieving viable embryos from vitrified oocytes, and hundreds of clinics and centres dedicated to the reproductive sector then followed in its wake.

“This has meant that today we have consistent and efficient cryopreservation programmes that many patients with very different indications can benefit from: patients on reproductive treatment with low ovarian response, as an alternative to avoid the risk of ovarian hyperstimulation, women who decide to preserve their fertility, for medical reasons, oncology or by choice, and even patients with endometriosis, a disease that may compromise their future fertility, in which we have recently shown the encouraging results of oocyte vitrification”, added Dr. Cobo.

Egg storage in banks has become standard procedure in donation programmes, in addition to notable improvements, especially in the logistics of the process, which have enabled the reduction and even the elimination of long waiting lists.

However, although recent studies point to fertility preservation as an efficient alternative to ensure future motherhood, limiting factors are still present that should not be overlooked, such as age and the number of oocytes.

“The truth is that the cryopreservation of female gametes is currently an essential part of assisted reproduction, given the high success rates achieved through the optimization of this technique, but it is important to encourage women and raise awareness about the need to vitrify their eggs before the age of 35, as from this age their fertility begins to decrease and with it the chances of reproductive success”, said Dr. Cobo.

This recognition from the ASRM rewards the work of a multidisciplinary team of specialists who tirelessly work and research to offer the best results to women and couples who wish to achieve such an important dream to become parents.

“Being among the 25 best works of the ASRM is an honour for me, a milestone, and a huge satisfaction, not only on a personal level, but also for the work carried out by our team of top-level professionals. The dedication of each and every one of them and their involvement with the patients, as well as the incessant research work they carry out allows us to apply findings like this on a large scale, which is essential in the validation of any technique and any strategy at the clinical level”, concluded Dr. Cobo.