Assisted hatching increases the gestation rate of embryos after collapse to 60%. 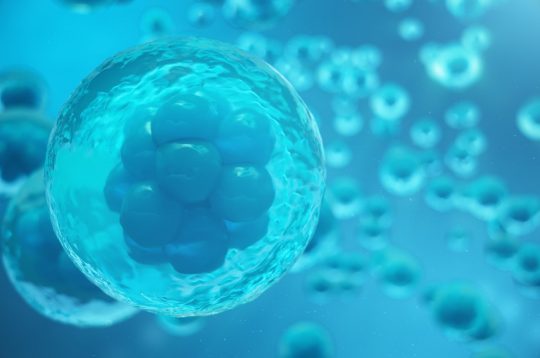 Embryos and the whole process that they follow until they implant in the maternal uterus is an issue that has aroused significant interest in recent years, both scientifically and socially. Thus, using time-lapse systems, it has been observed that approximately 20% of embryos collapse during embryonic development. This involves the separation of more than half of the cells of the trophectoderm from the zona pellucida, which significantly reduces their implantation potential.

“The zona pellucida is like a shell, a protective barrier on the embryo, made of proteins and sugars. It is elastic and mouldable, allowing it to adapt to the embryo’s growth. It is similar to an eggshell that breaks as the embryo grows to allow it to hatch. The trophoectoderm, on the other hand, is the group of cells that reach the endometrium and invade it, giving rise to the placenta. The trophectoderm actually forms a large part of the structure of the blastocyst, which grows until it breaks the zona pellucida, as we have pointed out”, explained Dr. Marcos Meseguer, embryologist and scientific supervisor at IVI.

In this context, the study “Assisted hatching as an alternative to improve results in blastocysts with spontaneous collapse evaluated by time-lapse system”, directed by Dr. Meseguer, was recently presented at the 11th ASEBIR (Association for the Study of Reproductive Biology) Congress, held in Toledo, where it received an award.

“This study shows a significant increase in gestation rates from 48% to 60% in the group of embryos that collapse during their development and are subjected to Assisted Hatching (AH) after devitrifying. This makes their chances of success equal to other embryos that do not collapse during their development. Thanks to Time-Lapse incubators and Artificial Intelligence, we can automatically and accurately detect this collapse phenomenon. This technology is necessary to be able to identify these embryos with lower reproductive potential”, said Dr. Meseguer.

AH was performed by laser, removing a quarter of the embryo’s zona pellucida, with the aim of demonstrating that the decreased implantation of collapsed embryos can be improved or reversed by this assisted hatching in devitrified embryos for transfer.

“Despite the adverse effect of collapse on the embryo’s reproductive potential, AH helps us to optimise this potential, making it an emerging technique to be incorporated into the routine of in vitro fertilisation (IVF) laboratories to improve gestation and implantation rates, ultimately improving patient outcomes in their assisted reproduction processes”, concluded Dr. Meseguer.