Likelihood of autism can be predicted before birth, reveals IVI study 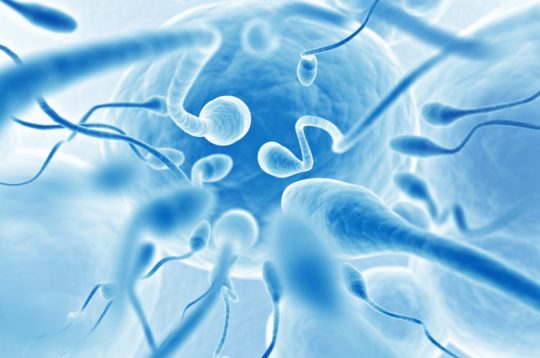 The incidence of autism spectrum disorder (ASD), commonly known as autism, has increased dramatically in recent years. In Spain, there are currently more than 450,000 cases diagnosed. Although improvements in diagnosis and increased awareness may explain some of this change, many researchers attribute the increase over the past two decades to molecular factors and environmental influences.

In this sense, the study entitled “Sperm DNA Methylation Epimutation Biomarker for Paternal Offspring Autism Susceptibility“, recently published in the journal Clinical Epigenetics in XDATE, shows how biomarkers identified in human sperm could indicate a male’s predisposition to conceive children with autism.

“These biomarkers are epigenetic, which means that they involve changes in the molecular factors that regulate the genome activity, such as gene expression, independent from the DNA sequence, and in some cases would not only cause autism in the offspring, but could also be passed on to future generations”, explained Dr. Nicolás Garrido, Director of IVI Foundation and author of the study.

Biomarkers in the sperm to predict autism

Researchers have identified a set of specific biomarkers within so-called “DNA methylation regions” –a chemical alteration that occurs when a methyl group attaches to a DNA strand and can turn genes on or off– in sperm samples from men whose children had autism spectrum disorders, different from those of men who conceived children without ASD.

In a second phase, based on these characteristics, they have been able to determine which sperm samples among a set of problem samples, in a blind study, came from parents of autistic children, obtaining results with 90% accuracy, to demonstrate the predictive capacity of the test.

“In the future, this will allow us to assess whether a man is at high risk of having a child with ASD, which is a huge step towards identifying the factors that can trigger this disease, as well as creating prevention strategies, given that in some cases there are treatments to correct some epigenetic disorders”, said Dr. Garrido.

In the current study, researchers at IVI, the University of Valencia and Washington State University analysed sperm epigenetics, i.e., the molecular processes that affect gene expression, in two groups of men: thirteen who had conceived children with autism and thirteen whose children did not have ASD, focusing specifically on DNA methylation. Thus, they detected 805 differential regions of DNA methylation that could potentially act as epigenetic biomarkers in parental transmission of autism.

These findings are being extended with further research and evidence that will lead to the development of a potential medical tool. For this purpose, IVI researchers, in collaboration with specialists from other countries and institutions, are already working on a more extensive study, with the intention of expanding the sample to more than 100 men.

IVI was founded in 1990, as the first medical institution in Spain fully dedicated to assisted reproduction. Since then, it has helped with the birth of more than 200,000 babies thanks to the application of the latest technologies. In early 2017, IVI merged with RMANJ, becoming the largest assisted reproduction group in the world. It currently has more than 65 clinics in 9 countries and is the leading centre for reproductive medicine.