Back to basis: The timeline of your pregnancy 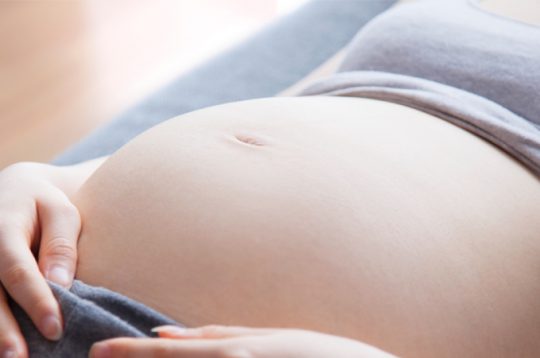 During the 40 weeks of pregnancy, a woman’s body undergoes many changes. These include key developments to the foetus, which are invisible to the eye, as well as many physical symptoms which are experienced by the pregnant woman.

Most pregnancy symptoms are completely normal and should not cause concern however, understandably pregnancy can be a mysterious and confusing time for many.

To provide some clarity on exactly what women should expect throughout the different stages of their pregnancy, as well as the development process of the foetus, here fertility specialist Dr. Vicente Serra, Director of the Maternal-fetal Medicine Unit at IVI Valencia, provides expert insight based on some of the most common questions women ask throughout their pregnancy journeys.

The IVI Group is a European leader in assisted reproduction, and to date has helped over 110,000 children to be born all across the globe. With over 50 clinics, in more than 11 countries, IVI are pioneers within the fertility industry and are at the forefront of medical development and advancement within the field.

Dr Serra says: “Pregnancy is measured by ‘gestational age’, meaning it is calculated from the first day of a woman’s last period. Most women will only take a pregnancy test after they have missed a period. Although this can take up to four weeks, by this stage, huge hormonal changes have already begun to take place within the body. The uterus starts to support the growth of the placenta and embryo very quickly following conception – helping to contribute to the growing embryo’s blood supply and helping to facilitate oxygen and nutrients being delivered.

“As well as a missed period, there are several other key signals to indicate that you are in the early stages of pregnancy. These include morning sickness and sensitivities to smells and tastes (all of which are a result of changes in hormones), and an increased urge to go to the toilet. Another key sign can be tenderness of the breasts, due to an increase of the blood flow in this area, as well as changes in the breast tissue. This will continue throughout the pregnancy.”

Dr Serra says: “During the second month of pregnancy significant changes start to happen to both the mother and the developing embryo. By the end of month two, the heart will have formed and webbed fingers will have developed. The gender will also have been determined by this point.

It is widely accepted that by week 10 of the pregnancy an embryo will have reached the next stage in its development and will officially be a ‘foetus’.

Looking ahead to the end of month three, and the end of the first trimester – the foetus’ bones will start to harden, skin will begin to grow, and external sex organs will be in development.

In terms of physical symptoms during this time, most women start to experience morning sickness when they are about 6 weeks pregnant, as well as ‘first trimester fatigue’. Alongside this, many women find that they need to urinate more frequently than usual. This is because during pregnancy your body produces extra fluids, plus your uterus increases in size – putting extra pressure on the bladder.

Dr Serra says: “During months 4 and 5, the foetus continues to develop – growing to about 6.5 inches. At this point, the nervous system starts to function, and the heartbeat may be audible through an instrument called a Doppler.

In month 5, the foetus’ skin becomes covered in a whitish coating called vernix caseosa, thought to protect the skin from long exposure to the amniotic fluid, which is shed just before birth.

It is around this time that some of the earlier pregnancy symptoms experienced by the mother will begin to ease off, including nausea. However, other symptoms may appear to replace them as hormonal changes continue, with two key symptoms in particular – heartburn and constipation, becoming more troublesome. Dizziness, nosebleeds and bleeding gums may also be experienced, caused as a result of the growing uterus putting pressure on blood vessels which will rupture more easily.

Breasts can also grow up to two cup sizes bigger during this time, and will continue to feel tender.”

Dr Serra says: “At this point in the pregnancy, the foetus continues to grow rapidly. By the end of this month, finger and toe nails are developed and the skin is pink.”

The sixth month of pregnancy is often when women find their feet, ankles, and hands start to swell. This happens because the body retains fluid to nourish both the mother and the foetus and although uncomfortable, this is a very normal symptom.

An increased appetite may be experienced at this point as the foetus’ organs are now developed, but need extra nutrients from the mother to help them mature. Finally, women will also be able to feel the foetus move – known as ‘quickening’. This usually starts between 16 and 25 weeks, however, if it’s the first pregnancy it may well be closer to 25 weeks before it happens”

Dr Serra says: “During the third trimester, final changes will occur to ensure that the foetus is fully developed, including the eyes opening, breathing being ‘practiced’ and the foetus becoming sensitive to light.

The third trimester is often the most challenging for women in terms of symptoms. By this point, a woman’s body is under huge strain and pregnancy can become an uncomfortable experience for some. Tiredness typically increases during this period, and shortness of breath is common.

Women may get discover that varicose veins or haemorrhoids appear, as pregnancy can trigger an underlying condition. ‘Braxton-Hicks’ are also prevalent during this time, which is where women experience sporadic uterine contractions, also known as ‘false labour’.”