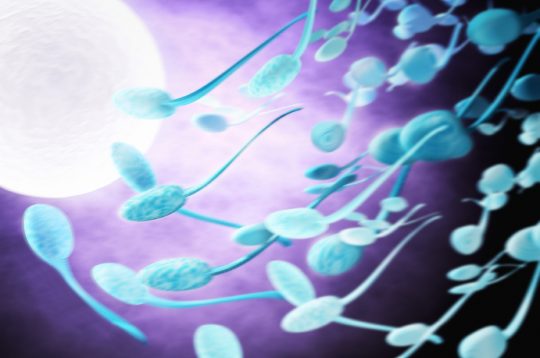 This research is the first proof of concept that sperm cells can be manufactured for infertile men, using regenerative techniques, and is a crucial step towards scientists achieving the ultimate goal – obtaining a gamete originating from an individual who does not have any of their own.

From a skin sample, IVI researchers managed to reprogramme adult skin cells using a ‘cocktail’ of six genes which are essential for the formation of gametes, to transform them into immature sperm.

The starting point for this research was cell reprogramming, a concept that won Shinya Yamanaka the Nobel Prize in Medicine in 2012. In the study, IVI employed direct cell reprogramming to get these adult skin cells to transform – halving the number of chromosomes they have after entering meiosis, and presenting the genetic and epigenetic markers typical of germ cells.

“Although this study is only an initial step in humans, its application in mice has already proved to be successful. The ultimate aim of the research is to take skin cells and manipulate them genetically so that a person who does not have their own gametes can attain these, and can have children whose genetic make-up matches their own,”

This research, carried out in collaboration with Stanford University, represents the first step in an ambitious long-range project for which work is still continuing.