IVI reduces twin birth by 75% in the last decade 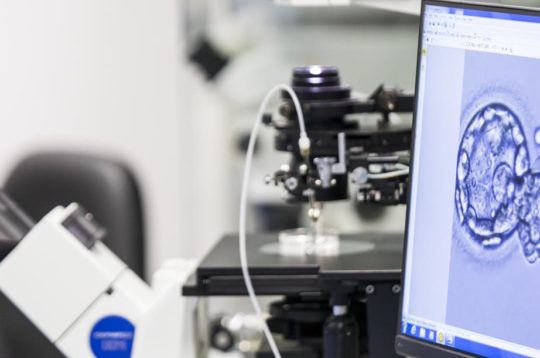 In recent years, Spain has registered a steady increase in the number of multiple pregnancies, a fact directly influenced by assisted reproductive technologies. Despite evidence and campaigns aimed at raising awareness among specialists and patients in favor of single embryo transfer (SET), twin birth rate associated with a reproductive treatment is currently estimated at about 20%.

“Aware of this situation and in keeping with the scientific knowledge, the current IVI policy is to choose single embryo transfer whenever possible, as our data shows. SET numbers grew from 22% in 2009 to 88% in 2018 in IVI clinics across Spanish territory, which translates into a reduction of 75% in the last decade. They key to understanding how implementing this strategy for nearly 100% of our treatments was possible, lies in better knowledge of mechanisms controlling endometrial receptivity, technologies such as Timelapse, which allow for monitoring embryo development, and in improvements to the embryo selection process thanks to preimplantation genetic diagnosis, which helps discard embryos with chromosomal abnormalities. All this was complemented by educational efforts among medical staff and population to make everybody understand that multiple gestation is not an aim to achieve, but a complication to avoid” says Dr. Agustín Ballesteros, the Director of IVI Barcelona, Lleida and Girona.

Currently, the twin birth ratio is 1:80 for spontaneous pregnancies and 1:4 for fertility treatments, a number which clearly shows the need for raising awareness of this situation and adopting measures to tackle the problem on a global level.

“According to the data by the Spanish Fertility Society (SEF), double embryo transfer dropped from 72% in 2012 to 56% in 2016, whereas single embryo transfer increased from 20 to 42%. We are on the right track, however; we also need to take the patient´s perspective into consideration, who tends to associate success rates with pregnancy rates and it is not always the case. It is, therefore, the specialists´ task to explain that in reproductive medicine, the success variable is defined by a live birth, a healthy newborn at home, and these circumstances in the case of multiple pregnancies change significantly in comparison with singleton pregnancies due to an increased risk of maternal and neonatal complications” Dr. Ballesteros explains.

“The efficiency of human reproduction is very low and it may decline if maternal age is more advanced at the time of first pregnancy. Postponing motherhood implies an increase in the demand for assisted reproductive treatments. Mothers and couples with reproductive problems choose to ask their doctors for a multiple embryo transfer on many occasions, believing that it means increasing their chances of successfully getting pregnant. Nevertheless, the results published by various studies indicate that there are no differences between cumulative pregnancy rates with a single embryo and clinical pregnancy rates with two embryos, neither in cycles with one´s own gametes nor the donated ones” adds Dr. Ballesteros.

The main objective of assisted reproductive treatments are healthy live births and for the treatments not to pose a threat for the mother.

“On this basis, and despite that fact that elective single embryo transfer is currently not a standard practice in all fertility centers, the truth is that in Spain three embryos are transferred in 3,5% of cases and two in 65%. This data is less perceptible in the cases of gamete donation, although double embryo transfer still represents the majority. It is therefore necessary, as emphasized before, to establish policies to reverse this situation” he concludes.

Another aspect regarding multiple pregnancies that should not be forgotten is related to the cost they involve, which doubles in comparison with singleton pregnancies and so does the cost associated with the delivery, which is 1.7 times higher.

“In fact, we are even contemplating the need for legislating the number of embryos to be transferred, as done in the Belgian model in public health care, in which all the treatments involving a single embryo transfer are reimbursed. The impact of this policy translates into 60% of SET, a decline in multiple pregnancy rate from 27% to 11%, while maintaining the same success rates and registering fewer admissions to pediatric ICU and sequelae treatments to the newborns. Short-term savings are estimated at 7 million euros and long-term, 50-70 million euros. However, we believe it is not necessary to enact laws, as for a convinced embryologist or a gynecologist to encourage these practices, accompanied by keeping women and couples very well informed will probably suffice”, Dr. Ballesteros points out.