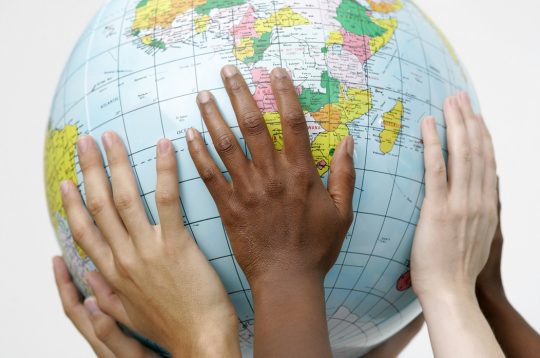 According to UNESCO, education is a fundamental human right and essential for the exercise of all other human rights and freedoms. Such right is founded on four core principles such as: non-discrimination, equality of opportunity and treatment, universal access to education and the principle of solidarity. However, millions of children and adults remain deprived of education opportunities, many as a result of poverty and wars, and with few prospects of career progression, if it wasn’t for the solidarity of the people and the institutions, which cooperate to improve quality of life and the development of the victims.

The collaboration between IVI and Caravana Solidaria (the Charity Caravan) was created with the aim of guaranteeing access to an essential service such as education, to all those who are struggling now. IVI wishes to deliver solidarity and support to the Syrian children refugees in Turkey by providing scholarships to 37 students this year, in the fight against child exploitation, something common in these circumstances. “For most refugees, their children’s work is the only source of income for the family. Taking children off the streets involves fighting against children work and the risk of social exclusion”, explains Andreu Miquel, Director of HR at IVI.

Non-schooling of refugee children in Turkey is one of the most evident problems, especially due to the lack of resources within the family, as well as the terrible aftermath of a traumatic life event. These problems will eventually lead to a new generation of young Syrians who will face job uncertainty, mostly unskilled and socially excluded, enslaved and forced to live in absolute poverty, leaving them no choice but to commit crimes to survive.

Caravana Solidaria is a non-profitable organisation that seeks to alleviate war effects on civilians by shipping humanitarian aid, facilitating the access to education, to work and providing greater stability for refugees.

It should be noted that, according to Amnesty International figures, since the start of the conflict, more than four million refugees from Syria have been forced to flee to the nearby countries of Turkey, Lebanon, Jordan, Iraq and Egypt, where Turkey now hosts more than two million Syrian refugees. It is estimated that more than half of the Syrian population has been displaced and they live below the poverty line.