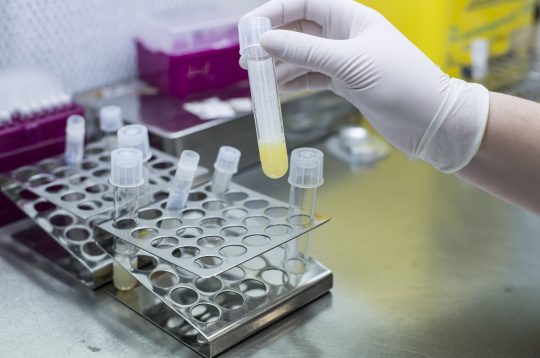 It is estimated that 15% of the world’s population have problems conceiving. Despite this, infertility is still a subject that many people prefer not to talk about openly. In the past, infertility was attributed to the woman. The plus side to this was that the research, and the many fertility treatments, focused on them. However, the number of cases attributable to women, 4 out of 10, is the same for men, so advances in sperm selection are essential to improving the results of fertility treatments.

At the ESHRE Annual Meeting, which concludes tomorrow in Geneva, the Valencian Infertility Institute (IVI) presented the conclusions of three studies aimed at improving the diagnosis and treatment of male infertility.

Currently, men undergo a semen analysis during their first consultation. This procedure “does not analyze the factors that influence semen quality beyond sperm concentration (if any), motility and morphology,” explains Dr. Cristina González, coordinator of IVI Seville’s Andrology Lab and Sperm Bank.

The semen analysis does not consider the number of haploid chromosomes or the quality and quantity of genetic material present in the sperm. Although they are not considered abnormal, some chromosomal changes – polymorphisms and inversions – are a cause of poor semen quality and lower pregnancy rates, according to the study conducted by Dr. González. Detecting them in a patient is simple:  All that is needed is a karyotype – a picture of all of a cell’s chromosomes – produced from the ordinary blood test that all couples are given at the start of fertility treatment and used to anticipate any difficulties in becoming pregnant.

Another test that improves the diagnosis of male infertility looks at sperm DNA content – sperm ploidy – with flow cytometry, a technology used to analyze the cell characteristics of a fluid as it passes through a laser. The characteristics examined, such as morphology, depend on the marker used. The same sample used in the initial sperm analysis can be used to perform this test. According to a study conducted by Dr. Alberto Pacheco, head of IVI Madrid’s Andrology Lab, abnormal sperm DNA content affects embryo quality.

When the sperm cells are generated in the testicles, their genetic content is reduced so that, once the egg is fertilized, the resulting embryo does not have excess genetic information, and this is where the error sometimes occurs. “With this study, we were able to observe subploid cells in patients in 20% of the cases, which is much higher than the 8% detected in the donor group,” explains Dr. Pacheco, who underscored the importance of this finding due to its implications for the fertility rate, as well as the percentage of viable embryos and their transfer.

Also during the ESHRE meeting, IVI Foundation Director Dr. Nicolás Garrido presented the results of a meta-analysis, performed in collaboration with two Brazilian fertility clinics, which may improve the effectiveness of treatments to achieve pregnancy. With in vitro fertilization, the sperm is generally obtained from the ejaculate, even in the case of men with low sperm counts and those who have ruptured or damaged genetic material, also referred to as DNA fragmentation.

However, it was discovered that this fragmentation is reduced by 24% when the sperm is obtained by testicular biopsy, which results in higher quality and therefore a greater likelihood of pregnancy, fewer miscarriages and a higher rate of live births. Such improvements justify the use of biopsy in these cases. “It is a more invasive procedure, but it would have to be considered in specific cases. The testicular biopsy allows us to obtain sperm before the stage in which the damage occurs. It is performed as outpatient surgery with local anesthesia, and recovery is just a couple of hours”, Dr. Garrido explains.

Research is a cornerstone of IVI and its Foundation, which has numerous projects aimed at expanding knowledge of the male factor and its impact on fertility treatments.