Menopause and fertility: 5 things you need to know 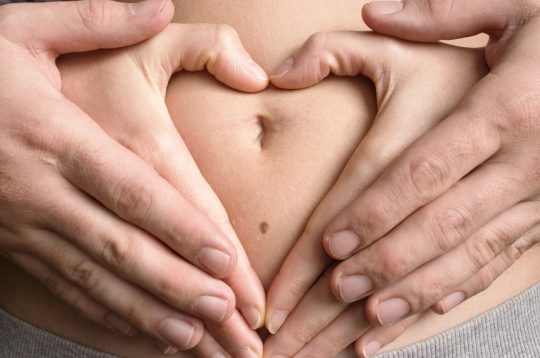 In recent decades the number of women giving birth to their first child over the age of 35, in the United Kingdom, has increased significantly.

Although many women are now choosing to delay motherhood for a variety of career-orientated and social reasons, one key factor all women who are trying to conceive later in life should be aware of is the menopause, and how to identify symptoms of perimenopause (the two to 10 years before periods stop completely).

The menopause can be defined as the stage in a woman’s life where menstruation ceases, and the ability to bear children stops. This usually occurs over the space of a few months, or even years, with periods becoming less frequent before stopping altogether.

The menopause is a natural part of the female aging process which usually occurs between the ages of 45 and 55 years, as a woman’s oestrogen levels decline. In the UK, the average age for a woman to reach the menopause is 51.

If you have delayed starting a family, the thought of menopause can be worrying, and something many women often do not address until they have reached this stage of their life. To help answer some questions on this subject, here fertility specialist Dr Manuel Muñoz, Director of IVI Fertility Alicante seeks to provide some insight on the topic of fertility before, during and post-menopause.

The IVI Group is a European leader in assisted reproduction, and to date has helped over 110,000 children to be born all across the globe. With over 50 clinics, in more than 11 countries, IVI are pioneers within the fertility industry and are at the forefront of medical development and advancement within the field.

Dr Muñoz says: “Women are born with 1 to 2 million eggs – all the eggs that they will ever produce. The quantity of eggs decreases by the hundreds every month, and upon reaching the menopause only about 100 eggs remain. The declining number and quality of these eggs, as well as age-related uterine changes, contribute to reduced fertility. This occurs before menopause, and even before the signs of perimenopause are noticeable. At IVI we run tests that can indicate that you are entering perimenopause, following this there are some specific treatments available to you and your partner.”

Dr Muñoz says:“For women below the age of 35, there is around a 25% chance of becoming pregnant during sex when the woman is ovulating. However, beyond this age reproductive potential decreases, and after the age of 40 when the menopause commonly begins, the chances of becoming pregnant are less than 10% each month. Age is often the single most important factor when it comes to getting pregnant and although pregnancy is possible until menopause is confirmed by 12 consecutive months of no periods, this is a rare occurrence. After the menopause has occurred, pregnancy won’t happen naturally; the only way a woman can get pregnant is through a donor egg and in vitro fertilisation.”

Dr Muñoz says: “Although the majority of women experience the menopause during the usual ages of 45-55, around 1 in 100 women experience the menopause before 40 years of age. This is known as premature menopause or premature ovarian insufficiency. It can even begin before a woman notices any symptoms or has reason to think she may have trouble getting pregnant. The symptoms of premature menopause are very much the same as natural menopause – irregular or missed periods, periods that are heavier or lighter than usual or hot flashes. There is no obvious medical cause of premature menopause, however it has been linked to genetics, lifestyle factors (such as smoking and BMI), and autoimmune diseases. At IVI we run a series of tests to find out why the couple are struggling to conceive and to help us decide the best course of treatment for each patient.  This includes checking the female patient’s ovarian reserve through a blood analysis on the third day of menstruation, and as the second stage we would then carry out an ultrasound. During the ultrasound we will count the number of follicles to check whether the patient has a good level of oocytes (an immature egg cell). This test gives us a better idea of whether the problem is related to aging and if that’s the case, it’s always better to find out early rather than later, when your options become much more limited.”

Dr Muñoz says: “Due to a new generation of career-driven women, more and more couples are making the decision to try for a baby later in life. However, the chance of becoming pregnant decreases the older you get. In cases like this, we recommend egg freezing at no later than 38 years of age. This age limit ensures that there is the highest chance the eggs will thaw successfully. These eggs can then be used by a woman if they would like to try for a baby after going through the menopause. However, it is vital that women consider the psychological and social impacts of egg freezing, and make sure that they aren’t rushing into a decision.

If a woman has not opted to freeze her eggs, egg donation is the most effective treatment available for women going through the perimenopause. Egg donation involves fertilizing an egg from another woman with your partner’s sperm. This fertilized egg is then implanted into your uterus. Egg donation is often a popular choice for women going through perimenopause because it still allows them to experience pregnancy and childbirth. Pregnancy rates using donated eggs often reach 50% per cycle. It is worth noting, if a woman would like to get pregnant post-menopause, it is likely they will also need to undergo hormone treatments to prepare the uterus to receive an embryo. At IVI we aim to provide women with accurate, evidence based information about their fertility to enable them to make informed decisions around planning their family, and we also need to ensure that our maternity services are equipped to provide the additional care that some older mothers may require.”

Dr Muñoz says: “There is no legal limit that prevents a couple from trying to have a baby. It depends a lot on the circumstances of each couple, on their health and physical condition and also on other factors. For women, the age of 50 is a reasonable limit beyond which fertility treatment is not recommended.”