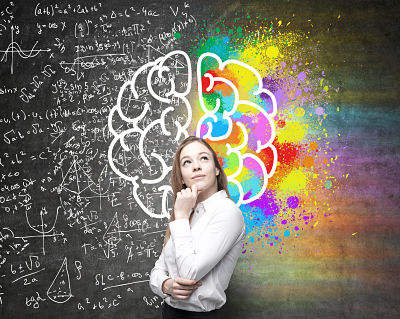 BARCELONA, DECEMBER 16, 2016
A study conducted by the researchers of the Autonomous University of Barcelona (UAB) and the Hospital del Mar Research Institute (IMIM), in affiliation with the IVI Barcelona clinic, is the first to demonstrate long-lasting anatomical changes in the pregnant human brain. It introduces the possibility that those changes might have implications aimed at improving the relationship with the baby and sense of protection. The study has been published in the notorious scientific journal Nature Neuroscience.
Pregnancy involves dramatic, hormone-driven changes and biological adaptations; however the effects of pregnancy on the human brain remain unknown. For the first time, a team of researchers has compared the structural characteristics of the female brains before and after first pregnancies. This research has been the first to reveal long-lasting changes in the neuronal morphology of the mother–at least for 2 years after delivery– caused by pregnancy.
“Through the use of MRI scanning, we have seen areas of gray matter loss in regions related to social behaviour in women after their first pregnancies. Such areas responded with strongest neuronal activity to pictures of own babies as opposed to pictures of other babies. The changes may lead us to speculate about a possible specialisation of the brain in order to survive the challenges of motherhood”, says Dr Agustín Ballesteros, Director of IVI Barcelona and collaborator of the study.
In order to carry out the research, the authors have compared 25 MRI scanning images of pregnant women before and after giving birth, including 19 first-time fathers and a 20 control women without children who did not become pregnant during the study and 17 control men without children. The study follow-up period was 5 years and 4 months.
Gray matter loss occurred in all pregnant women under study and it is unique for each one of them, which supports the connection of these brain changes to the biological process of pregnancy, rather than to the expected changes associated with the arrival of the baby that all fathers experience. What’s more, the study has helped determine unambiguously whether women under study had been pregnant before based on the gray matter volume changes and even predict a potential link to maternal attachment after the birth of their children.
Likewise, the study has included both women who underwent a fertility treatment and those who achieved pregnancy by natural conception and reductions on gray matter were almost identical for both groups.
In turn, no evidence was found that would support the fact that pregnancy affects memory and other intellectual abilities for the women under study, and therefore, it is believed that the loss of gray matter volume does not imply any cognitive defects; quite the opposite.
“This then would be an indication of an adaptive restructuring of the brain, with an aim to enhance the mother’s sensitivity to recognise, for example, threatening faces or to easily anticipate to the baby’s emotions”, explains Dr Ballesteros, who has worked together with Dr Cristina Pozzobon and Dr Florencio Lucco, both from IVI Barcelona as well.