What is anejaculation? What are the causes? How is it treated?

Home > Blog > What is anejaculation? What are the causes? How is it treated?
By the Editorial Comitee IVI Blog 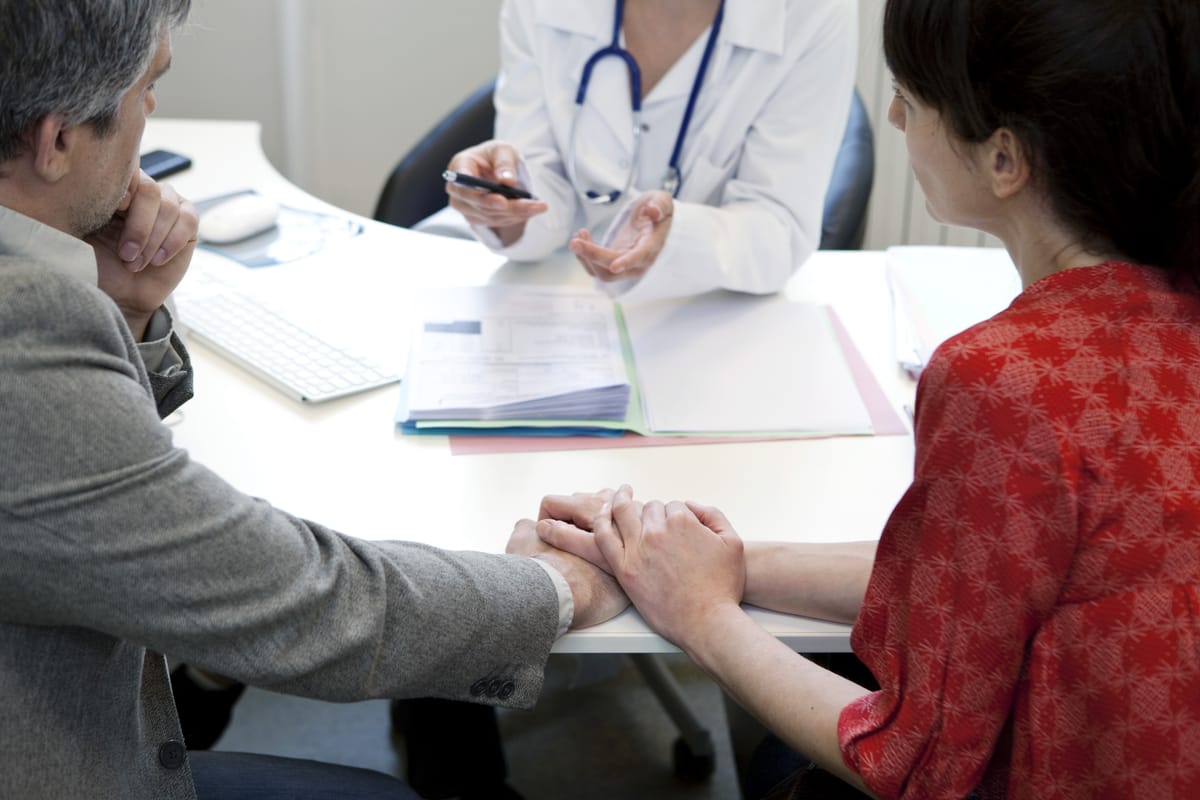 Anejaculation simply means no ejaculation and it is defined as an inability to ejaculate semen. Men who have this condition can produce sperm, but these are not expelled during ejaculation even though there can be normal orgasmic sensation. Clearly this situation has implications for male fertility and the ability to become a parent. The condition comes about when the prostate seminal ducts do not fulfil their normal function of releasing semen into the urethra. There are several possible anejaculation causes, including both medical and psychological conditions.

Happily there are also several options for anejaculation treatment and far from being a sentence of infertility, in a great many cases help is available to remedy the situation, either to restore normal sexual function or to assist in the ability to become a father through assisted reproduction techniques. In this IVI blog article, we examine the phenomenon of anejaculation, what causes it and how it is treated.

Anejaculation is not a single phenomenon. It can be an inability to ejaculate even though the ability to orgasm remains normal, or it could be a complete inability either to orgasm or to ejaculate. The experience of this condition can be subdivided further into several types:

This is defined as when a man is completely unable to ejaculate in any situation. It can be further subdivided into different types.

This is the condition defined by the inability to achieve orgasm in any circumstances during the waking hours, but frequently with an ability to reach both orgasm and ejaculation while asleep. In such cases, psychological factors are likely to be causing the condition rather than any physical reasons.

This is when a man is able to reach orgasm but does not ejaculate semen. This is likely to have a physical cause, for example nerve damage or tube blockage, or even retrograde ejaculation in which semen is expelled into the bladder rather than through the tip of the penis.

What are the causes of anejaculation?

Anejaculation causes can include various drugs, either for medical treatment or recreational drugs including alcohol, psychological causes like stress or anxiety, or physical problems with the production, storage or expulsion of semen.

Many prescription medications can have the side effect of interfering with sexual function. For men taking any kind of medication, it is worth checking with their medical adviser whether an alternative is available. Recreational drugs, including those that you may not consider to be drugs, such as alcohol, which is well known for its negative effect on sexual function, can also be a factor.

DeStress as a cause of anejaculation

Anxiety, stress or any other cause of distress are among the psychological problems that could be behind the condition. A person’s views and beliefs about sex and the sexual activity being engaged in could cause conflict and result in anejaculation. Other psychological factors such as marital problems or fear of pregnancy could also contribute to situational anejaculation caused by stress.

When the prostate and seminal ducts do not release semen into the urethra, there could be several causes. These can include:

Anejaculation treatment: what are the options?

Treatment could be as straightforward as asking your doctor to change your medication to a different type. You could also consider reducing or stopping drinking and abstaining from any other recreational or non-prescription drugs. In the case of situational anejaculation, the answer could be simple changes to the circumstances such as methods that make a man feel more comfortable and stress-free, such as a quiet clinic without queues, or collecting a semen sample at home rather than at the clinic. If you feel that your condition could be caused by psychological problems you could also seek advice from your doctor, who may refer you to a counsellor or therapist.

In the event of a physical cause, the first step is to consult your medical advisor to consider one of several possibilities for treatment. Their main aim is the retrieval of sperm for either artificial insemination or in vitro fertilisation (IVF) and this is crucial in the context of male fertility.

Men who have no sperm in their semen or who are unable to ejaculate because of retrograde ejaculation or anejaculation may be able to have treatment to collect the sperm directly from the testicles or testicular tissue using surgical means. There are various methods, some of which are carried out under local anaesthetic and some under general anaesthetic. The sperm retrieved in this way will then be used for the IVF technique, usually including Intracytoplasmic Sperm Injection (ICSI).

The main assisted reproduction techniques which could well be used in order to assist men who wish to become fathers are artificial insemination and IVF. Both of these, as well as being relevant in the treatment of anejaculation, are also used in a whole range of other conditions and both are well-established techniques.

This is the simplest of all the assisted reproduction techniques. It consists of depositing a semen sample directly into the woman’s uterus to improve the chances of the egg being fertilised. The sperm will have been prepared in the laboratory in advance in order to increase potential for fertilisation. For a detailed explanation of what is involved, see our video about artificial insemination on the IVI YouTube channel.

The use of IVF and ICSI in severe male infertility

The well-established IVF technique is the most likely to be recommended in cases of severe male infertility, including in many cases of anejaculation. The IVF cycle starts with stimulation of the ovaries for the woman to produce more oocytes than the one normally produced each month during the menstrual cycle. When they have reached the right stage of maturity, these are collected from the ovaries and mixed in the laboratory with sperm from the male partner. Where the sperm is of poor quality or supplies are limited, it is likely that the ICSI technique will be used as part of the procedure.

ICSI is an assisted reproduction technique included within in vitro fertilisation (IVF) treatment, and is frequently recommended in cases of severe male factor infertility in order to make the best use of the sperm available. When the sperm have been retrieved, they are prepared in the laboratory and the most viable and healthy sperm selected. One of these is injected directly into the oocyte in order to facilitate conception more directly. The IVF process then continues in the normal way with observation and selection of the developing embryos and their insertion into the woman’s uterus in order for implantation to take place. You can have a look at our video about IVF and ICSI for a full explanation of both techniques.

Getting in touch with IVI

If you are thinking of contacting us to discuss any concerns you have about your own or your partner’s fertility, we would certainly encourage you to do so. Why not browse our website first in order to familiarise yourself with the various treatments and techniques which could be at your disposal? You can also download our independently audited clinical results to see our record for yourself. The headline message from these results is that 9 out of 10 couples that consult IVI due to problems with infertility and put their trust in us reach their goal of becoming parents.