Fibroid removal: what is it and when is it necessary?

Home > Blog > Fibroid removal: what is it and when is it necessary?
By the Editorial Comitee IVI Blog 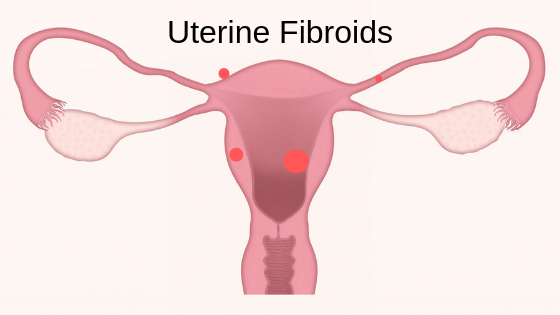 Fibroids are small growths inside the uterus and the condition is surprisingly common, with around 1 in 3 women developing them at some time in their lives. In many cases there is no need for fibroid removal and they often diminish over time, particularly after the menopause. In fact many people only discover that they have uterine fibroids by accident, during the course of a routine examination. However, once you know you have the condition it can naturally be a cause for concern, particularly for women in their childbearing years who may feel some anxiety about its potential effect on their fertility.

What are fibroids, what are the symptoms and what causes them?

First, the good news. Fibroids are almost invariably non-cancerous growths. Also known as leiomyomas or myomas, uterine fibroids do not increase the risk of uterine cancer. They range in size from tiny seedlings that are not visible without a microscope to a bulky mass that can at its most extreme distort the shape of the uterus and put pressure on surrounding organs. There could be a single one, or multiple fibroids. A great many women have fibroids, but are unaware of this because they have no symptoms. They are frequently discovered during a routine pelvic or ultrasound prenatal examination.

When symptoms do occur, they can include heavy menstrual bleeding, periods that last longer than the normal week, pelvic pressure or pain, difficulty with urinating, constipation, back ache or leg pains. You should consult your doctor if any of these symptoms persist and do not go away of their own accord, or if you experience severe vaginal bleeding or a sudden-onset sharp pelvic pain.

The cause of fibroids has not been precisely pinpointed, but clinical indications point to the involvement of oestrogen and progesterone, the hormones that stimulate the development of the uterine lining each month, particularly since fibroids contain more of these hormones than surrounding muscle tissue. The fact that they tend to reduce post-menopause because of decreased hormone production would seem to support this hypothesis.

What are the options for fibroid removal surgery?

The choices for fibroid removal surgery depend, obviously, on the severity of the condition. But there is another factor that needs to be considered in the treatment, and that is whether the patient is of childbearing age and wishes to retain her fertility. In this case the most drastic and effective treatment, which would be hysterectomy, is ruled out. Let’s take a look at the other possibilities.

It’s perfectly possible in many cases that the best course of action is ‘watchful waiting’ which is the accepted medical term for doing nothing, but keeping an eye on how and whether the condition develops into more of a problem. Since fibroids frequently have no symptoms, or mild symptoms which can be lived with, and rarely interfere with a successful pregnancy, this is a perfectly sensible strategy.

Medication for fibroids falls into two distinct types: one that treats the symptoms in order to alleviate them, and another whose aim is to shrink or reduce the fibroids themselves.

There are many different types of surgery to remove fibroids where treatment to reduce their size has not been successful. Hysterectomy is the most final and effective, but as mentioned, is avoided when possible for a woman who wishes to retain her fertility. Of the remaining possibilities, some fall under the heading of traditional surgery and some newly developed treatments are non-invasive but surgical in their direct effect on the body.

Fibroid removal surgery recovery time: what should you expect?

As you would expect from the wide range of treatments which could be used according to individual circumstances, following fibroid removal surgery, recovery times vary just as widely. In the case of myomectomy and other surgical procedures, you will probably need to remain in hospital for a few days followed by a recommended rest period of several weeks while you recover. For surgical procedures involving keyhole surgery or vaginal entry to the uterus, you can often leave the hospital on the same day as the procedure, followed by a few days of taking things easy.

You might expect non-surgical procedures such as uterine artery embolization to mean a significantly reduced recovery time, but even a non-surgical procedure carried out under local anaesthetic still has an impact on your body. More minor procedures such as endometrial ablation take only about 20 minutes to carry out and patients can normally go home the same day, although some women experience some bleeding for up to 3 weeks afterwards.

Do fibroids affect your fertility?

Many women with fibroids can and do conceive naturally, but for others, their presence can affect fertility. This could be through distortion of the cervix and uterus, with a negative impact on embryo implantation and foetal movement, by blocking the fallopian tubes or by damaging the receptivity of the uterine lining. For patients who are already pregnant, medical advisers are unlikely to recommend fibroid removal because of the risk of damage to the foetus, but they should of course be monitored. For these patients, the chance of preterm delivery is increased, and they are more likely to need a Caesarean section delivery.

For women who are trying to get pregnant and experiencing an irregular menstrual cycle, heavy menstrual bleeding or other symptoms, it is highly advisable to consult a medical practitioner or specialist fertility clinic for a diagnosis. We at IVI know that every case is different and every patient is an individual, and so it’s impossible to predict in advance what our recommended course of action would be. All we can say at this stage for anyone intending to become pregnant is that it’s very much worth checking out sooner rather than later.

Contacting IVI to find out more

If you or anyone close to you is concerned about fibroids and their possible impact on future fertility, it’s easy to find out more about IVI. You can browse our website to get a feel for the programmes and treatments that we offer, and have a look at our introductory video to give you an idea of what to expect when you visit one of our clinics. If you would like more information, or to make an appointment, you can use our online contact form and one of our specialists will call you back.