What is the ROPA shared motherhood method?

Home > Blog > What is the ROPA shared motherhood method?
By the Editorial Comitee IVI Blog 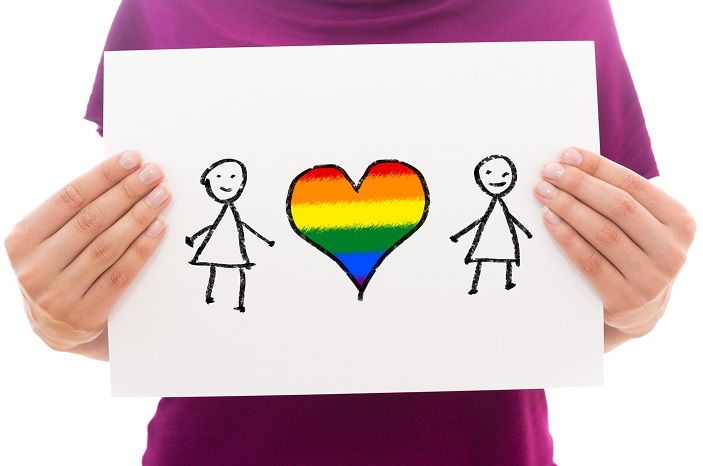 At IVI we believe every individual has the right to start a family. This means that we do not discriminate based on age, employment status or sexual orientation. We provide fertility treatments for both locals and patients who travel to us from all over the world at our fertility clinics in Spain. Our patients include single women, partners in a heterosexual relationship and same-sex couples. For lesbian couples there is an option that allows both women to play a vital part in the conception, gestation and birth of their child: the ROPA method. The name is an acronym: Reception of Oocytes from Partner. It is also known as Partner Assisted Reproduction or, more commonly in the English language, Shared Motherhood. The process takes an oocyte or egg from one partner, fertilises it via In Vitro Fertilisation (IVF) and implants the embryo into the second partner. This way both women are able to play a direct role in the procreation of their child.

Just as in standard IVF, the first step of ROPA is to stimulate egg production. While one female patient would usually be both the provider of the oocyte and the recipient of the fertilised egg a few days later, in ROPA the process is split between the two partners. So patient A undergoes injections to stimulate the release of her oocytes, and in the meantime patient B receives an oestrogen treatment that prepares her uterus for the pregnancy. This includes encouraging the lining of the uterus to thicken. The oocytes collected from patient A are then fertilised using donor sperm, and a few days later the most viable embryos are placed into patient B. From then on, every aspect of the cycle remains the same as in standard IVF.

In Spain, strict laws surrounding donor anonymity and compensation result in a high level of altruistic individuals choosing to donate their genetic material – both oocytes and sperm. Because of these laws using a friend as a donor is illegal, unlike in many other countries. In America for example, it is possible for a friend, family member or other individual known to the couple or patient undergoing IVF to provide genetic material. The recipient couple can also advertise for and compensate a donor. In Great Britain donors do not have the right to anonymity, and this is the same in Australia, Sweden and the Netherlands, to name just a few countries. In Spain, donor anonymity is protected by law. Only in the instance of the ROPA method will the donor’s identity be known to the couple and to the resulting child, and that is because of the unique set of circumstances that lead to shared motherhood. Though patient A is technically an oocyte donor, she is not treated as such. When the child is born, both patient A and patient B’s names will be recorded on the birth certificate. They are legally both considered to be the parents of the child, forever.

The donor providing sperm to fertilise the egg, however, remains protected by these anonymity laws. IVI will select the donor based on a range of factors including genetic make-up and appearance, to try to give the child a chance of resembling both parents. A more important, health-related aspect of the selection is ensuring that the donor’s genetic material is compatible with the egg and with the carrier. Blood group and other determining factors must be considered carefully to give the cycle the best possible chance of success with a healthy outcome.

Apart from the clear legal benefits of having both partners listed as legal parents to the child, there are other aspects of the ROPA method that may be desirable. A major one is that both partners get to feel completely included in the procreation of their child, with one partner providing genetic material and one carrying the developing baby. Another less commonly known benefit is that there is some evidence pointing to the phenomenon of genetic material being transferred between the carrier and the foetus. While the effect of this DNA on the foetus is as yet uncertain, it is a comforting thought to many gestational carriers that despite using donor sperm they may be able to exchange genetic material with the resulting child.

In addition to this, the physical reality of pregnancy plays an important role. The way patient B lives her daily life, including the exercise she takes, the food she eats and the noise of her surroundings, will all contribute to the development of the foetus. There is plenty of evidence to support the theory that a baby’s taste preferences develop in the womb as a reaction to the food eaten by the carrier and passed to the developing foetus through the placenta. Babies will also be familiar with the speech patterns to which they were most exposed while in the womb: those of the carrier and others who surrounded them during gestation. Even discounting the possibility of genetic swaps between the foetus and the carrier, there is an undeniable bond that comes from carrying a foetus through pregnancy.

The ROPA method, or shared motherhood, is a relatively new option that only makes sense for female same-sex couples, but which is being embraced by countries and cultures worldwide. The benefits of involving both mothers from the point of conception are substantial and enable both partners to feel wholly connected to their child. IVI is proud to offer this innovative new technique to female partners who want to start or expand their family together.