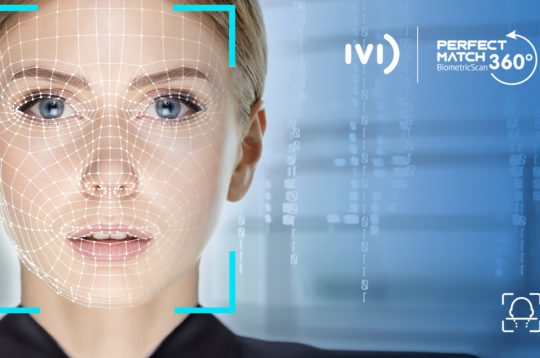 IVI offers its patients Perfect Match 360°; an exclusive program to guarantee not only the compatibility between donor and patient, but also the maximum resemblance, physical and biometric. Thanks to the union of three processes clinics are able to optimise the allocation of donors: these processes being attention to phenotypic criteria, genetic compatibility and facial resemblance.

For this, IVI incorporates IVI Biometric Scan; a resemblance study that uses a 3D facial recognition system and artificial intelligence. This software converts an image of the face into a mathematical formula represented by 12,000 facial points to determine the degree of resemblance between donor and patient to find the best match. This service is free for all IVI patients.

In addition, during the search process of the most suitable donors, physical characteristics such as ethnicity, eye and hair colour, height and physique are taken into account; as well as compatibility with respect to blood group and Rh.

In an effort to maximise the chances of a healthy pregnancy, IVI conducts the genetic compatibility test (GCT) on all donors, a test that detects the presence of suspect genes that could cause up to 600 different genetic diseases.

IVI has one of the largest egg and sperm banks in the world. Thus, with the launch of Perfect Match 360°, all patients who undergo an assisted reproduction treatment using donor eggs or sperm have the security of knowing that the allocation has been made under phenotype, genetic criteria and, as a novelty, biometrics.

ART with donated gametes at IVI

Between 2014 and 2018, IVI clinics in Spain obtained more than 30,000 cycles of assisted reproduction with egg donation and almost 10,000 with donated semen, representing 28% and 9% respectively of the total cycles.

The main reasons for resorting to an egg donation are advanced maternal age, low oocyte quality or ovarian failure (due to menopause or not), as well as failure to achieve a pregnancy after several cycles of IVF or repeated abortions.

Today the pregnancy rate on the third attempt of IVF with a donor is 97.52%. In 2018 alone, the number of patients at IVI who had donor treatment increased by 20% to more than 6,300 patients in IVI Spain compared to that of 2014.

Furthermore, the number of cycles of assisted reproduction with donated semen has increased 15% in the last five years, reaching 2,100 cycles in the IVI clinics in Spain in 2018. The main patients that have semen donation treatment are single woman, same sex female couples and heterosexual couples where the man has low sperm quality.