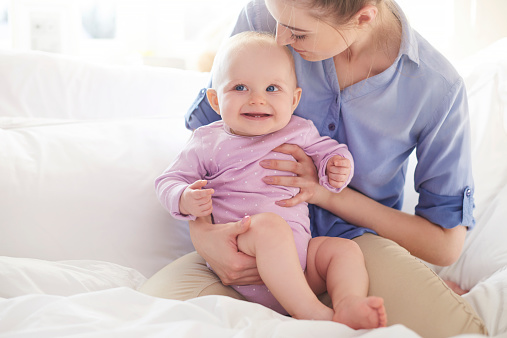 Let’s talk about Clara and Shelley. Their names are made up, but their stories are real and they reflect the experiences, from two very different perspectives, of hundreds of women who choose egg donation.

Clara’s motivation was simple: she wanted to help another woman, so she decided to donate her eggs. We sometimes tend to forget that straightforward altruism exists and let suspicion get the better of us when people really are doing something for simple, beautiful reasons:

“A few years ago, my mother and I were just chatting when she told me something that I hadn’t known before and that totally changed how I see things. She told me about the frustration she felt in the first four years of her marriage because of her difficulty in getting pregnant… Although it was hard for me to believe, my parents waited four long years before I came along. So when I eventually arrived, all the happiness they had gradually lost with every failed attempt, little by little, year after year, was suddenly given back to them.

Seeing my mother still so thrilled at the memory of having me after almost 26 years brought home to me how hard it must be to keep trying, and failing, to have children. At that moment, I could see my mother’s courage, strength and determination, a woman fighting to fulfil her dream whose story, thankfully, had a happy ending. And suddenly it occurred to me: What about those who aren’t successful? What about those women who are disappointed time and again? I felt I should do something.

I looked up assisted reproduction clinics on the Internet and came across IVF. You can guess what happened next…

When it was all over I felt fulfilled and happy. I felt I had done something good and that’s what makes life worth living.

I know that my eggs alone will not be enough to get all the babies needed for women whose gametes are not quite up to scratch. However, a quote by Gandhi that sums up what I feel about doing this: ‘Be the change that you want to see in the world’.”

Clara and Shelley don’t know each other and will never meet, but Shelley will be able to realise her dream of becoming a mother thanks to Clara’s decision.

“Ever since I was six years old, I always wanted to have children. In my teens, I looked after children and later I took care of the children we have in our extended family. But I still had that desperate desire within me to be a mother myself. In my case it was a vocation. In fact, after several broken relationships, I decided to become a single mother. I never considered giving up on my dream just because I didn’t have a steady partner.

I was 37 years old, strong and determined, so I went to the IVF clinic to achieve my lifelong dream of getting pregnant.

Unfortunately, it was more complicated than I expected and after several unsuccessful IVF treatments with my own eggs, I decided to opt for egg donation.

I don’t know who she was, but she has given me the best gift I’ve ever had and I can never thank her enough. I don’t know why she decided to donate her eggs, but that decision has given new meaning to my life. Today, I have Carol in my arms, the light of my life. Whoever you are and wherever you are, you are the angel who gave me all that I need and I will be eternally grateful.”