What’s different about trying to conceive in your 40s?

Home > Blog > What’s different about trying to conceive in your 40s?
By the Editorial Comitee IVI Blog 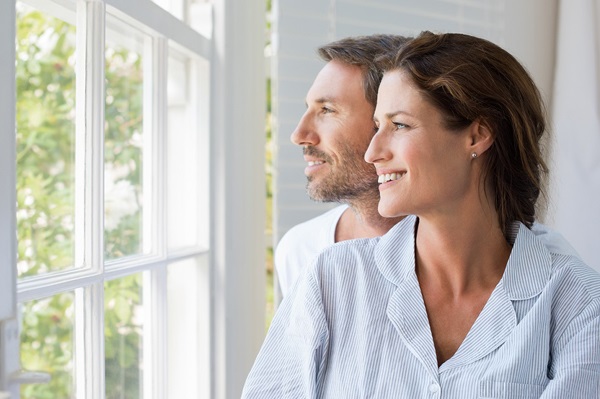 These days women are tending towards having children later in life than ever before. In the 20th century, economic and social changes and a shift in mindset mean that some do not start to consider starting a family until after their 40th birthday. It is more common than ever for women to have a child between the ages of 40 and 50. This may be the very best time to start a family in terms of professional standing, financial security and general standard of living. However, it is not what nature intended. Fertility in women drops after the age of 30, and more rapidly after the age of 40, meaning that trying for a baby naturally can become frustrating and potentially upsetting as women get older. Thankfully, with advances in the field of fertility treatments, it is now possible to conceive and give birth to a healthy child at age 40 and well beyond. With medical procedures including egg freezing, In Vitro Fertilisation (IVF), egg donation, ovarian rejuvenation and fertility preservation, there are plenty of options for those who choose to try later in life. IVI’s success rate shows that we know what we are doing. We take our role in our patients’ fertility very seriously indeed.

There are a number of issues that may arise for women in their later years that can affect fertility. Apart from the natural decline of fertility due to aging eggs, which are of a poorer quality than younger eggs, there is also a decreased chance of a fertilised egg implanting into the lining of the uterus each month. The odds of natural conception decline slightly between the ages of around 23 and 35, and do so sharply with each year that passes after turning 40. After this age there is a 10% chance of falling pregnant in any given month.

Early menopause may play a part, though this will not be true for every woman. Menopause generally takes place between the ages of 45 and 55, though the average age varies by country. IVI runs tests on women over the age of 40 to record whether they have begun going through perimenopause, the technical term for the pre-menopause phase. Even if this phase has begun, and the patient is one of the 1 in 100 women who goes through early menopause, there are treatments available. These include IVF using egg donation, or the patient’s own eggs if she has taken the step of freezing them before hitting the age of 38. The idea of using a donor’s eggs may be a little hard to accept at first. However, it does allow the patient to go through the full experience of pregnancy and childbirth, which creates a bond between mother and child – just as it would if her own eggs had been used.

Other important factors arise if the patient has suffered cancer and / or undergone aggressive treatments such as chemotherapy, which can bring on early menopause. Other health conditions such as polycystic ovary syndrome and fibroids may complicate matters further. These, coupled with age, may further lower the chances of getting pregnant. However, they need not dash the patient’s hopes of conceiving. There are many ways in which IVI can help. IVI has many years’ experience of treating all kinds of infertility cases. With our dedicated team of sensitive professionals, we are able to identify the most suitable treatment for each patient based on individual needs.

There is no legal upper limit on the age of women trying to conceive with fertility treatment. Generally though, IVI takes the view that 50 years of age is a reasonable cut-off point. After the age of 50, we suggest pursuing other ways of starting a family, such as adoption. However, we do treat every single patient as an individual and familiarise ourselves with each patient’s unique history and needs. This way we are able to give each of our patients the best possible care.

Men tend to have an easier time fathering children even in their later years. For example, rock star Mick Jagger famously fathered his eighth child at the age of 73. While it can seem as though men are unaffected by infertility causes as they age, there is actually a plethora of evidence pointing to decreased sperm mobility and other issues. For example, the risk of miscarriage increases if the father is over the age of 45, regardless of the age of the mother.

Statistically, children born to couples where either one or both parents are over the age of 40 have a higher chance of being affected by Down’s syndrome, Edwards’ syndrome and Patau’s syndrome as well as autism. For patients over the age of 40, IVI will explore the risks of these conditions as well as potential treatments that may bypass them. These may include sperm donation, if the male patient is deemed to be at high risk of being affected by age-related issues.

Trying for a baby can be a stressful, upsetting experience, especially for couples who have been trying without success for a long time. Unfortunately, it is not uncommon for the resultant stress to take its toll physically and mentally and lengthen the time it takes the couple to conceive even further. An otherwise healthy couple over the age of 40 may take longer to conceive naturally. In this case, it is wise to approach medical professionals for advice and support early on rather than going it alone. Calling on the experienced professionals at IVI’s clinics around the world can make the difference between conceiving quickly and not at all. We are ready and waiting to help. Our results are the fruit of our expertise, with a success rate of 96% by the third round of IVF. Over 160,000 bouncing babies (and counting!) are living proof.

Does male fertility decline with age?

Coping with the beta wait: tipps and what to avoid during these days